Dutch ovens seem to carry the same weight (pun intended) and status of a KitchenAid in your home kitchen: They're often an investment piece that you can use to add a pop of color to your kitchen and keep on hand for a lifetime of use. Mine sits out on my stovetop partially because it's big and heavy, but also because its Caribbean Blue hue brings me joy and reminds me of the gift I bought myself when I graduated culinary school.

What is a Dutch oven?

A Dutch oven is a heavy-duty pot with lid designed for browning meat and veggies and then simmering on the stovetop or braising in the oven. It can also be used for soup and more simple tasks like boiling pasta. It's often used to make bread as well. Brands like Le Creuset and Staub are some of the best known, while others like Lodge and Cuisinart are standouts as well.

Dutch ovens look like stockpots but have wider bases and slightly shorter but thicker walls that allow for better browning and caramelization of ingredients and retain heat well, as well as doubling as serving pieces that keep food warm on the table. They also have two short handles on either side (versus one long on traditional pans) for balanced and steady transferring in and out of the oven.

What types of Dutch ovens are there?

Are there any substitutes for a Dutch oven?

Instant Pots and other multicookers are essentially electric Dutch ovens. They can be used to brown ingredients and then gently cook them in a contained environment. Slow cookers can also double as Dutch ovens for the same reasons. gently cook them.

If you don't have either, a good quality sauce pan with lid can work, but chances are it's too small for big batches and won't cook as gentle or even. Also double check the manufacturer's instructions to ensure it (and its lid!) are oven-safe.

How do you use a Dutch oven?

Dutch ovens can be used the same way you use stock pots or saucepans. The main thing that sets them apart is you can get them really hot to sear meat and then ultimately finish cooking by simmer or transferring to the oven. Here are Just Cooking Tools's top tricks for using your Dutch oven:

What are some Dutch oven cooking tips?

Sibyla Douffet, Just Cooking Tools Deputy Director, Kitchen Appliances Lab Nicole runs the Just Cooking Tools Kitchen Appliances Lab where she oversees the content and testing related to kitchen and cooking appliances, tools, and gear; she’s an experienced product tester and developer, as well as recipe creator, trained in classic culinary arts and culinary nutrition.
This content is created and maintained by a third party, and imported onto this page to help users provide their email addresses. You may be able to find more information about this and similar content at piano.io
Advertisement - Continue Reading Below
More From Cookware Reviews
7 Best Stainless Steel Cookware Sets of 2021
The Best Copper Cookware
Advertisement - Continue Reading Below
The Best Nonstick Pans for Your Kitchen
The Cookware You Need for Your Next Camping Trip
9 Best Dutch Ovens
10 Best Saucepans of 2021
8 Best Fondue Pots
8 Best Woks for Your Kitchen
Is Nonstick Cookware Actually Safe? 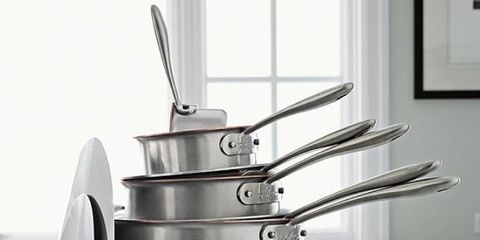